Path of Exile is an action-adventure, role-playing game featuring a bleak environment. The game is fun to play and involves different items such as Jewels, Divination Cards, Skill Gems, etc.

If you’ve been playing this game for quite some time, then you must be wondering how to identify items in Path of Exile?

Well, as suggested by the game developers, and official game page, the best way to identify items in Path fo Exile is by using the Scroll of Wisdom. The Scroll of Wisdom is a common currency that you can use in the game.

As for beginners, we recommend saving their Scroll of Wisdom so that they can access a maximum amount of items in Path of Exile.

However, in order to explore the gloomy realm of Path of Exile and its items, we will have to dig a little deeper. So let’s get started.

Complete Guide: How to Identify Items in Path of Exile?

In Path of Exile, the player’s skillset and the stuff that they have are considered to be quite important. The players can earn different objects in this game which are made up of gems, etc. When the gems are socketed in equipment, they provide the players with strong and useful powers in Path of Exile. 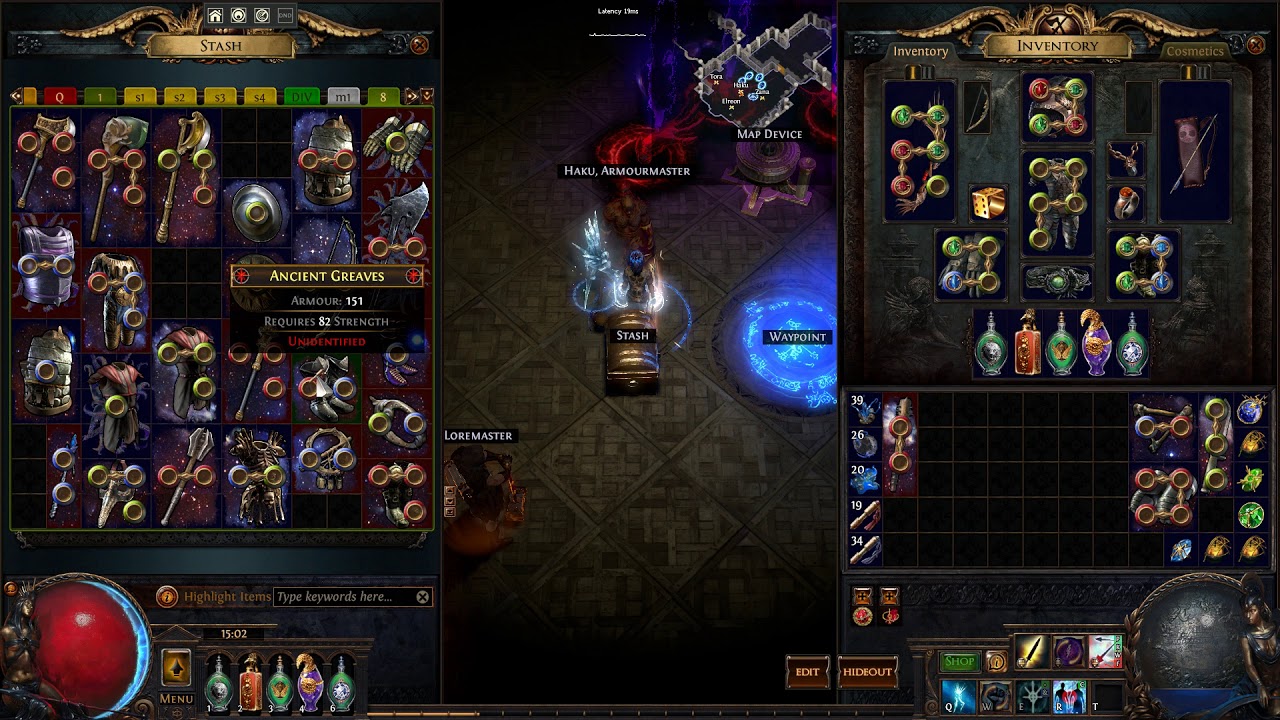 However, to get access to such kind of power, the players have to identify items in Path of Exiles first. For instance, you can find:

The dead creatures also drop chests and destructible containers in addition to the Scroll of Wisdom. Scroll Fragment, Lasting Impressions, the Scholar, Book of Regression, and many more things can be earned through upgrading paths in POE.

What do I do with Scroll of Wisdom POE? – Beginner’s Guide

If you’re a beginner and you have no idea what to do with Scroll of Wisdom then this section is going to be helpful for you.

For newbies in Path of Exile, it is quite important to carry Scroll of Wisdom cash in their inventory. Saving it will help you to identify some specific goods and rare boxes as well.

As a beginner, you can also get a Scroll of Wisdom from the vendors. These vendors also sell armor, shields, and some weapons.

I also recommend you to understand this game first, before playing it. Well, you can also discover a lot of things while playing this game. But keep in mind that Scroll of Wisdom is quite a valuable currency in Path of Exile and you have to use it to identify important and rare objects.

When you first arrive in Wraeclast, you will be struck by how harsh the continent is. It has been damaged by disasters and is home to terrifying monsters.

This gives the game a very gloomy and attractive aesthetic. Indeed, for people who are tired of playing brightly colored games, this might be a welcome change. They’d be able to enter a scary world and explore it to its conclusion.

Should I Identify Before Selling POE?

If you’re going to bother with a vendor, make sure you identify it – the secret is to limit how much you stop and pick up. I still have the habit of identifying too many rares, but after I stop running the chaos recipe, I tend to drop it in the map/instance. Yes, league play is completely overrated.

Is it necessary for me to name everything POE?

Because ID scrolls are so widespread and cheap to obtain, you shouldn’t be preventing yourself from identifying things. Once you’ve completed the Terraces, you’ll be rewarded with a slew of scrolls.

How do you identify unnamed items in POE?

An unnamed item is identified by the Scroll of Wisdom. To apply it, right-click this item and then left-click an unnamed item. Before selling or utilizing an object, it is always a good idea to identify it.

Stefan has always been a lover of tech. He graduated with an MSc in geological engineering but soon discovered he had a knack for writing instead. So he decided to combine his newfound and life-long passions to become a technology writer. As a freelance content writer, Stefan can break down complex technological topics, making them easily digestible for the lay audience.

If you are looking for the Daily Foodle April 8 2022 Answers and Solutions then you’ve come to the right place. If you’ve been playing Wordle but want an interesting twist then we introduce you Foodle. Every single day you are given a puzzle and the answers revolves around a food name. If you are stuck with… If you want to know, how to use voice lines in Overwatch then keep on reading this post till the end for a complete answer. If you don’t have a microphone, or simply if you don’t want to use one then the wheel comes in handy. It allows you to communicate with other players by…

If you are looking for a simple way to keep yourself connected while traveling, we can help. NordVPN is one of the most powerful VPN services on the market today. With Marques Brownlee nord vpn coupon code you can save up to 70% on their premium subscription plans! NordVPN is an award-winning VPN service that’s…

If you are looking for the Daily Foodle April 7 2022 Answers and Solutions then you’ve come to the right place. If you’ve been playing Wordle but want an interesting twist then we introduce you Foodle. Every single day you are given a puzzle and the answers revolves around a food name. If you are stuck with… We all know that, jobs play an important role in GTA, especially in GTA online. If you’re wondering how to host a job in GTA V Online? then keep on reading this post. The process is quite hectic. You might be wondering what jobs you can in Grand Theft Auto V? There are a lot…